It was in an in flight magazine where I first saw an image of this stunning rock formation dressed in all white. At first, I even thought the photo was edited but upon seeing it with my own eyes during my visit at Ilocos, I was at awe in belief. It is indeed real!

The word “kapurpurawan” means “Kaputi putian” or white in Ilokano. The place was named as such due to the distinctive grand white lime stone formations within the area. The mighty winds coming from the sea causes a big part to the displacement of minerals and the instinctive and chemical weathering of this rock formation. Truly an amazing work of mother nature isn’t it?

The trek to Kapurpurawan can be done in two ways: you could enjoy a hike towards it, or have a horseback ride for 50php.

Since me and my travel buddy wants to savor our adventure in Ilocos, we decided to go for the second option.

Horse Back Riding in Kapurpurawan

And yes, did I forget to mention that this is my first horse ride? And tell you, I love it!

During the journey to the stunning rock formation, you could see from afar the Kapurpurawan landmark, a giant sphinx cutting through the deep blue sky with all its whiteness. 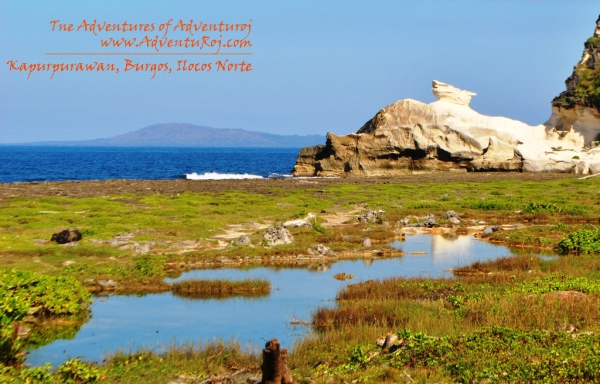 Upon our arrival, we were welcomed by these mini houses in white. The guide told us that these are just imitations ; a remnant of the cast of  “Si Agimat, Si Enteng at Ako” movie, one of the entries for the Metro Manila Film Festival for December 2012.

Moving on, we walked on to the inviting rock formation ahead of us and I found myself taking photos here, there and everywhere. 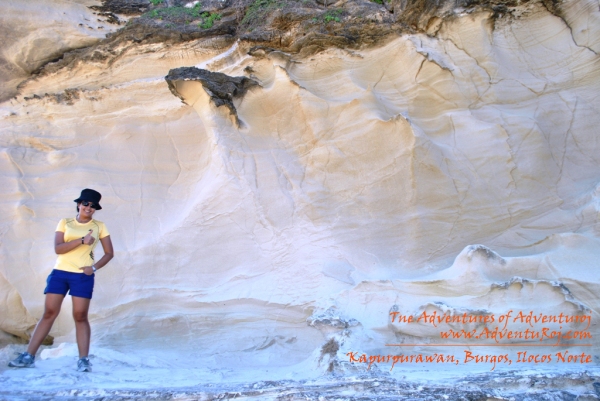 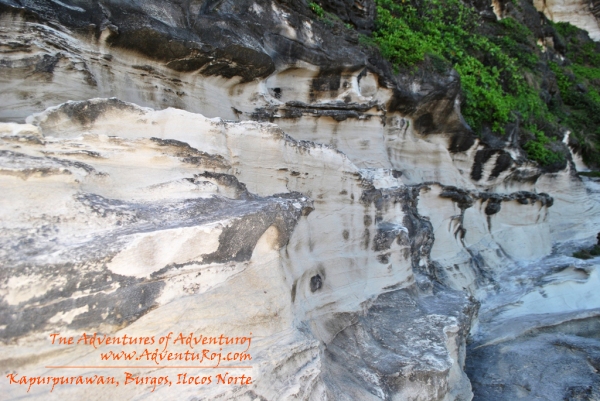 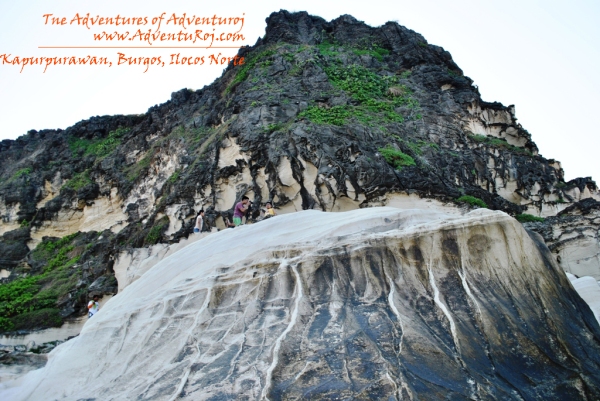 Locals claim that the upper beak part that looks like a Sphinx or head of a sleeping dragon changes every year through natural conditions.

After much photo ops, we headed back to our tricycle tour to explore the rest of Pagudpud.

Kapurpurawan, you are indeed a white pride!

The Bangui Windmills are located in Bangui, Ilocos Norte, Philippines. The windmills, officially referred to as the NorthWind Bangui Bay Project, were a project by the NorthWind Development Corporation as a practice renewable energy sources and to help reduce the greenhouse gases that cause global warming. The project is the first “Wind Farm” in the Philippines consisting of wind turbines on-shore facing the South China Sea and considered to be the BIGGEST IN SOUTHEAST ASIA! 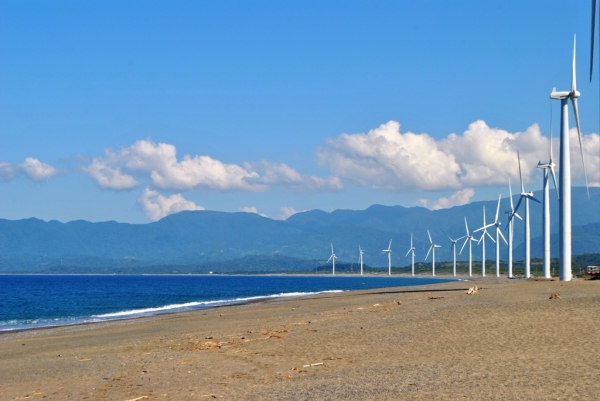 A Taste of Freedom!

Looking in Amazement at the Beautiful Eco Friendly Bangui WIndmills

Each windmill has 236 meters apart on shore. These beautiful structures has 41 meters blade and the its height is roughly equivalent to a 23-storey building.

The Answer is Blowing in the Wind

Seeing these 20 beautiful windmills in Bangui, Ilocos Norte is one of my most awaited highlight of our Pagudpud adventure. We can’t explain the feeling when we first saw these windmills. Truly, the answer to our energy problem is Blowing in the Wind… 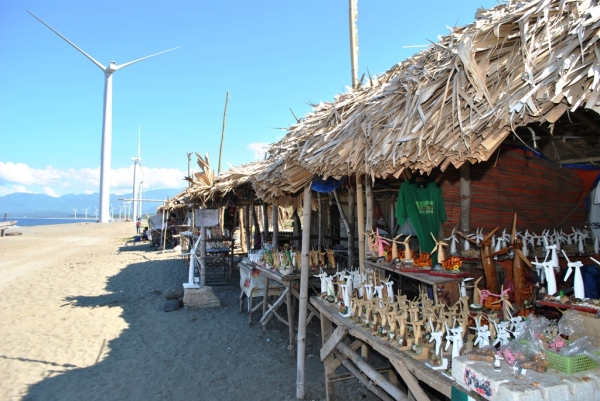 How to go to Bangui Windmills?

Here is the list of the activities you can do to appreciate Pagudpud.