Immaculate Conception Cathedral is just one of the tourist attractions in Puerto Princesa City, Palawan. It is located along Rizal Avenue in Barangay Liwanag (located across Plaza Cuartel). This cathedral is very historic. This used to be a small church during the Spanish occupation (circa 1872).

In 1961, it was developed to become a cathedral. Although there were developments made, the church edifice was preserved. Its design, as you may have noticed, have angular structures. The arches inside and outside the church are pointed.

Sunday Mass at the Cathedral

Before heading out for our itinerary for the day, we dropped by and attended first the 5am mass. Since I’ve started travelling, it had always been a goal of mine to not just visit the various churches in the towns I am in, but also attend masses in there. It’s a way of thanking Him for all that He had given me. It weren’t for Him, I know I wouldn’t be where I am now, able to write this for you.

One thought on “Palawan: The Immaculate Conception Cathedral in Puerto Princesa” 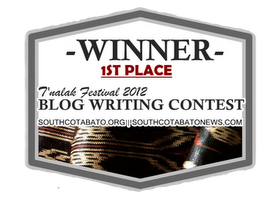