Arriving in Clark for the first time and want to save some penny? Then here are some travel tips for you.

GETTING OUT OF THE AIRPORT

Hop on a Victory Liner Bus from Cubao and make sure to ask if there’s an available bus that will use the SCTEX (Subic-Clark-Tarlac Expressway), the sign board infront of the bus would say “Olongapo via DAU-SCTEX “ or, just take the regular “Olongapo-San Fernando” bus, which will exit at San Fernando, Pampanga, go thru several Pampanga and Bataan towns, including the Olongapo-Gapan highway before getting to Victory Bus’ Station in downtown Olongapo City.

When you get off at the Victory Bus Liner’s Terminal in Olongapo City, walk towards the main road where there is a Jollibee store and a statue in the middle of the road. Hop on a yellow colored jeepney with “Sta. Rita and Gate” words written on its side across Jollibee or infront of Cyndy’s Bakeshop. Fare is 7 pesos one way. Get off infront of “Olongapo City Mall” and walk towards Subic’s main gate. Use the covered walk to get inside Subic. On your left side after passing thru the gate, you’ll see an area where stores like Mini Stop,7 eleven and Wimpy’s are located. This is also the terminal for Winstar Taxis if you would want go around the area.

Where to Stay in Subic? 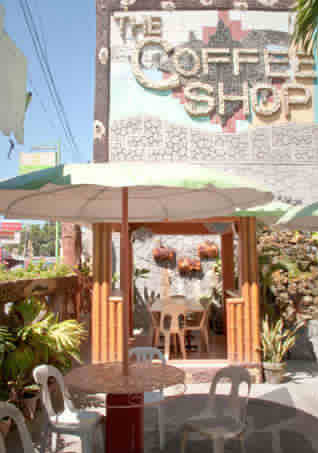 One of my recommended hotels if you’re in Subic is at Coffee Shop Hotel and Restaurant. nestled in the Heart of Barrio Barretto near the public Driftwood beach. Aside from a convenient location (near most beaches at Subic and other entertainment establishements), it also offers affordable room rates, and quality rooms.

It is easy to get to by public transportation being on the city’s Blue Jeepney line. It is also along the route of the Victory Liners from Manila and Olongapo going Iba.

The place also offers food of various variety, and here, their specialty is the jumbo taco. Really yummy for only less than a hundred! 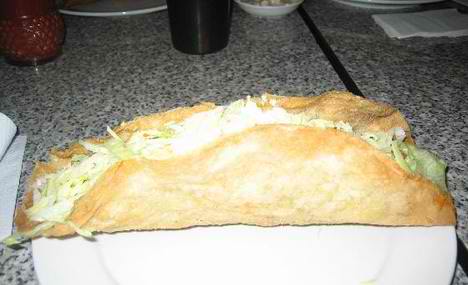 3 thoughts on “Around Clark and Subic: Travel Saving Tips”